4 famous cats who are breaking the internet

Learn how your cat can make it big too!

The internet would just not be the same without cats. And when it comes to famous cats, no one does it better than Grumpy Cat. Here are 4 famous felines making it big and breaking the internet. And while some of these kitties might earn more than you, we show you how to make your cat famous.

SEE ALSO: MOVING TO A NEW PLACE? FIND OUT HOW TO HELP YOUR CAT ADJUST WITH THESE TOP TIPS.

Grumpy cat, real name Tardar Sauce, is a female feline with dwarfism. The kitty shot to stardom, when her owner’s brother shared a picture of Tardar Sauce on Reddit.

Known for: Her grumpy face 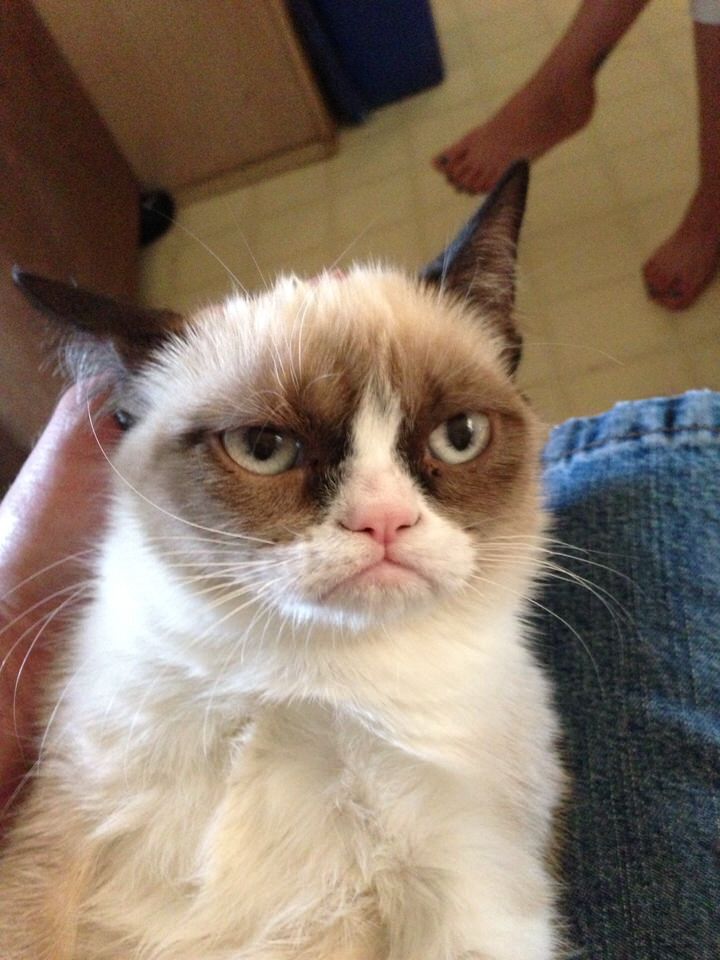 Grumpy Cat has over 8.7 million fans on Facebook and 1.7 million Instagram followers. She earns her keep by selling merchandise, appearing in ads, from license fees and media appearances. Grumpy Cat has met Ellen and has her own movie; Grumpy Cat’s Worst Christmas Ever.  She also happens to be the face of Friskies.

Top Tip: The internet is known for its cat videos and memes and if you want your cat to reach feline stardom, focus on what makes your kitty unique.

Maru (meaning round in Japanese) is a Scottish Fold and is known for his silly antics and obsession with boxes. He has appeared in various commercials for Japanese products and is a YouTube sensation, with over 300 million views (as of August 2016).

Known for: Being silly an obsessed with boxes

Top Tip: If one of your furkids is already a star, don’t be afraid to introduce a new member. This will add a new dynamic and bring in more fans.

Lil Bub, the runt of the litter, was adopted in 2011 and rose to internet stardom in the same year after a photo went viral. Lil Bub’s unique appearance is due to several genetic mutations and her tongue constantly hangs out due to toothlessness and a short lower jaw. She also suffers from osteopetrosis.

Known for: Her tongue sticking out

But none of this has hindered Lil Bub and she is a keen philanthropist.

Lil Bub makes money via merchandise but most of it comes from YouTube ads.

Top Tip: Use social media to your advantage and create a YouTube series. This way fans can see another side to your cat.

Known for: Being the angriest cat in the world

This male Himalayan–Persian cat holds the 2014 Guiness World Record for having the longest fur on a cat (23cm) but is better know for his frown and being the angriest cat in the world. He became an internet sensation in 2012 when #SpreadTheFrown went viral. His followers are known as Minions.

Sadly, at only two years old, Colonol Meow passed away from heart complications. But his memory lives on via his Instagram account. His owner posts pics of his new brothers and sisters.

When your cat whispers, “I could kill you, but I’m in therapy so I can’t do that anymore.” #OhOkay #EmotionalGrowth @crazyavey

A photo posted by Colonel Meow and Friends (@colonelmeowandfriends) on Jul 17, 2016 at 3:04pm PDT

Top Tip: Be sure to update your pet’s instagram account regularly with different images, so that their followers can get a behind-the-scenes glimpse.

So how can you make your cat internet famous?

Send this to a friend